Kia ora e te whānau
It’s hard to believe that we are already at the end of week 3 isn’t it!
This morning our Ngā Manu tamariki came together for their weekly assembly under the whareruruhau (canopy).
Our very able co-presenters this week were Seb & Aysha.
Mrs Poole aided by the acting Principals for today, Darci and Keily, proudly presented the principal awards and Seb and Aysha did the honours with the student awards.
We had 3 lucky tamariki (one managed to pick himself!) drawn out of the starbox to receive prizes!
Mrs Kenworthy declared Room 15 to be the best class of the assembly! 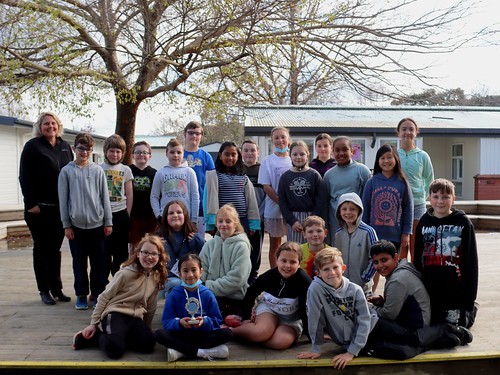